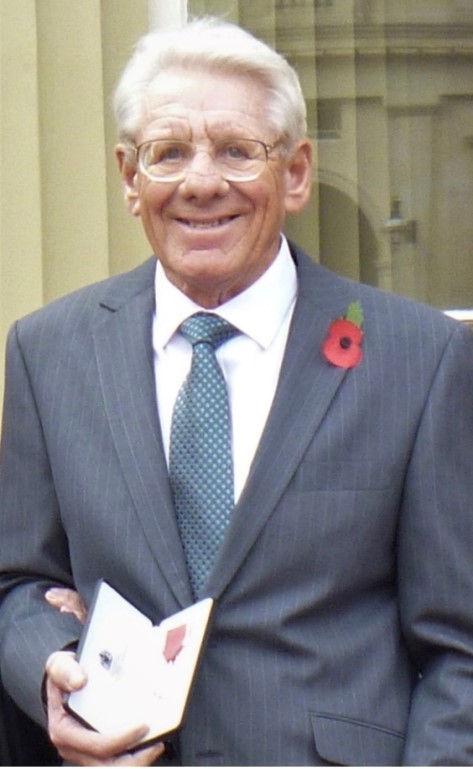 The name Peter Dury MBE will probably mean little to the current generation of Southport and Birkdale’s players or supporters. Yet between 1961 and 1965, Dury, who died last weekend following a long illness aged 84, built a reputation as the finest groundsman in the club's history.

Moreover in a working life spanning half a century Dury carved  out an impressive career in the sports and landscape Industry as an inventor, pioneer of performance standards and a high quality manager  of playing facilities.

In 1961, Southport and Birkdale were still reeling from the sudden death of their groundsman Bert Ball the previous June.

The Committee took the bold step to appoint  26 year old Dury who had previously been employed by the Derby Parks Department. As a youngster, Peter had been on Nottinghamshire’s groundstaff and had even appeared in some Second XI matches. He was also a qualified coach but it was as a groundsman that he made an immediate impact at Trafalgar Road.

County Cricketers spoke of the excellence of Dury’s pitches and Southport and Birkdale's historian, the late Ken Porter, wrote of him, "His keen love of the game motivated by his sense of industry ensured that the wicket and outfield reached a standard never previously  attained. He never spared himself in ensuring that only the best was good enough".

Dury also played some cricket on the pitches he had prepared. He was a useful spin bowler and gifted batsman, although his groundsman’s duties largely restricted his appearances to Sunday games. Nevertheless he scored a century against Crawfords in June 1964, before going out during the tea interval to prepare the wicket for the second innings of the match.

In 1964, Dury was one of only eight men in the country to be awarded the National Diploma of the National Association of Groundsmen. This was the first of a myriad of awards which he was to earn in the years that followed.

He left Southport and Birkdale in 1965 to take up a more lucrative appointment as site supervisor for the Parks Department of Nuneaton Council and from there his career really took off.

Dury was recognised as a specialist in synthetic turf pitch and playground surfaces and, equally, as a leading expert in natural turf pitch construction across the world.

His talents were recognised in 2002 when he received an Honorary Doctorate Degree from the University of Essex. In addition, he received a life time achievement award from the Institute of Groundsmanship the following year, when he also received the National Playing Fields Association President's award.

He received the ECB award for services to cricket in 2010 and two years later Peter was presented with an MBE by the Princess Royal, Princess Anne, for services to groundsmanship (see picture above).

In 2018, Peter became the only person ever to receive a second lifetime's achievement award from the Institute of Groundsmanship.

John McPartlin, who first met Peter when just  twelve year old, recalls: "He was a lovely man and patiently put up with a few of us haunting the ground every day in the school holidays, following him around and asking him questions.

"At 11:00am, we would all go and have a cup of tea with Peter and, sitting around the old battered table, he shared his sandwiches and cricketing knowledge and without realising it we would all be drawn into the hinterland of knowledge and tradition which makes cricket such a wonderful game."

Peter is survived by his wife, Brenda and three sons. His funeral will take place at Wilford Hill Crematorium, Loughborough Road, Nottingham NG2 7FE on Monday 10th February at 1:00 pm.