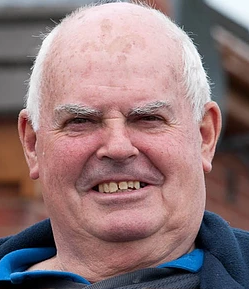 It is with sadness that the death was reported yesterday morning of former Ormskirk all rounder, Derek Anderton. He was 77 years old.

Derek made his début for the Brook Lane club's 1st XI at Oxton in 1959 and continued to his final appearance for the team at Northern in May 1984 when he hit an unbeaten 50.

Derek made 489 appearances for Ormskirk's 1st XI across four decades. A hard hitting left handed batsman, he scored 5121 runs with a highest score of 133 at St Helens Recs in 1962 in his 51st match when he was 19 years old. He also hit seventeen fifties.

Later in his career, his off spin bowling became his stronger suit and in terms of wickets taken post war, only John Sumner (808) took more for Ormskirk.

Ormskirk's current President, Sandy Tittershill, described Derek as "A great club man, loyal and completely dedicated. He was a member of the most successful bowling combination the club ever had post war, John Sumner, Dave Brighouse, Dick Powell and Derek who were at their best in the 1970s."

Elected a Life Member in 1995, Derek was one of Ormskirk Cricket Club's finest members and will be sorely missed by many.

Friends and colleagues extend their condolences to Derek's family and Ormskirk Cricket Club.