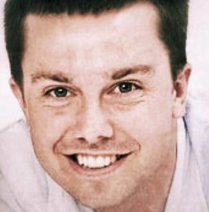 Today's 2nd XI Performance of the Day goes to Bootle's Andy Gill (pictured left). He took 7-10, which included a spell of four wickets in four balls, as Maghull were bundled out for 28 in 14.3 overs at Old Hall Field.

"James Banks was well caught low to his left by Joe Snellgrove at first slip off the bowling of Andy Gill for 0 (0-1).

"That was just the start for Gill as he and Tony Molloy jnr looked to make early inroads. Gill was in fine form removing another Maghull batsman before Molloy deservedly claimed a wicket to leave the hosts tottering at 10-3.

"Gill continued to cause problems before the introduction of the venerable Billy Smith to the attack. The change worked well as Smith claimed two wickets in his first over before Gill yet again raised the bar.

"At the start of his next over he destroyed Maghull's middle to lower order, taking a hat trick and even better still, four wickets in four balls!

"An amazing spell of bowling at any level! He claimed the final wicket in his next over meaning he had figures of 7-10 including 4 in 4 and Maghull bowled out for just 28."

It was Andy's second hat trick against Maghull as he included one in his 7-32 on 29th August 2011. scorecard

Since making his 2nd XI début against Sefton in 1994, Andy Gill is no stranger to unique bowling performances,

Amongst them is his 9-42 as Bootle lost by one run at Birkenhead Park on 17th May 2014. Being the modest person he is, Andy was more gutted at losing than not taking the tenth wicket. scorecard

On 12th May 2012, he took four wickets in four balls in a return of 8-17 against Leigh. scorecard. On 18th August he took another hat trick, this time against Newton le Willows at Wadham Road. scorecard

He also took a hat trick against Leigh at Wadham Road on 4th July 2009. scorecard

Andy will be hoping for a few more wickets next Saturday at Birkenhead Park, the day that he celebrates his 36th birthday. Who knows? He might even take another hat trick, or even a perfect ten. Either way, he will be out to seek revenge for last season's defeat.