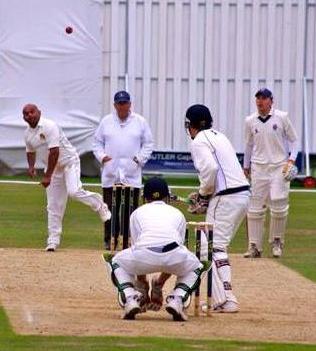 Bhautik Shukla began his league career in England as a left arm seamer playing for Crossens in the Southport and District League where he took 56 wickets.

He started playing in the Liverpool Competition in 1990 when he joined Southport and Birkdale.

After a spell at Formby, he returned to Trafalgar Road before joining Fleetwood Hesketh. With spells then at Southport Trinity and Ainsdale, he returned to Sea Cop in 2008, where he has remained.

That wicket came when he bowled Rakers' wicket keeper Robert Lee. Bhautik took another wicket and finished with figures of 10-2-45-2.  scorecard

To date, Bhautik's bowling record is:-