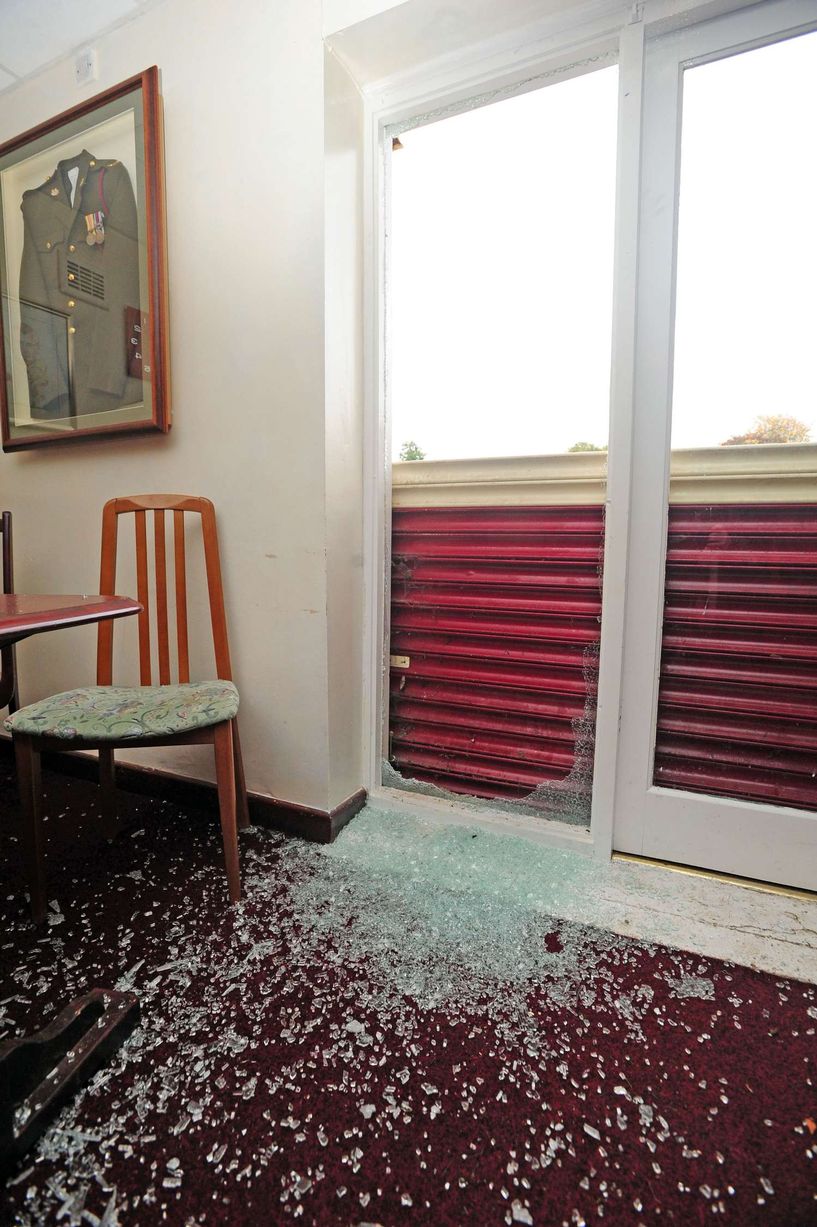 Police have vowed to catch the yobs responsible for smashing their way into a cricket club in Birkenhead Park – the latest in a spate of vandalism attacks in the historic green space.

Police officers were called to the cricket club at around 9:30pm last night after a member of the public reported that three or four men, dressed all in black, were attempting to break into the premises.

They made off across the park with alcohol, stolen from the clubhouse bar.

A dogs unit and the force helicopter were dispatched to try and track the burglars, but found no trace.

Enquiries are on-going and crime scene investigators have examined the scene.

This comes just days after a raid at the park’s visitor centre.

Although it is unclear if the two incidents are connected, in both cases three men used a sledgehammer to break into the buildings through the front doors.

Bill McGenity, club treasurer who was captain of St Mary’s for 20 years, said: "It is a shame. It’s a beautiful spot and one of the best in the park.

"It’s quite staggering to see. When I arrived the front shutter was on the floor. They’ve used a crowbar or a sledgehammer to get in.

"We are a little bit used to it unfortunately. I’ve looked after the place for 35 years and I’ve seen it before. This is relatively small compared to what happened last year, which was heartbreaking.

"What they’ve done is cosmetic and to the outside of the building, and all of it is repairable. We would like to thank Merseyside Police for their brilliant response, and also the member of the public who called the police.

"If they had been in the club for longer and if the police hadn’t attended, they would have ransacked the place, so in that sense we are very grateful.”

In September, the park’s 168 year old Swiss Bridge was seriously damaged by flames and requires significant structural reconstruction before it can be used again.

Neighbourhood Inspector Georgina Minnery said: "This incident comes very soon after the visitors’ centre at the park was broken into, and we are working hard to trace those responsible for both incident and continue to reduce burglaries, in this area. We know that this type of crime can have a massive effect on businesses and individuals and we are pro-actively investigating both incidents.

"We are fully focused on trying to help protect the local community against burglaries like this and take them very seriously. We continue to run regular operations to target known offenders and also offer crime prevention advice to home and business owners."

Wirral Council said the park gates were locked every night to deter criminals from damaging the park.

A spokesman added: "It has CCTV in operation and security guards on call. We are working with the police to identify the culprits and bring them to justice, and anyone with any information on this crime should contact Crimestoppers on 0800 555 111."