Local cricket is in shock today following news of the death yesterday near his home of Nigel David Peel. He was 48 years old and had been having treatment for a brain tumour.

Born in Wythenshawe, Manchester, Nigel didn't play in the Liverpool Competition, but will be remembered by their teams that played against him when he was with Hale Barns and Bowdon Cricket Clubs.

Nigel joined Hale Barns of the Cheshire Cricket League as a junior in 1978. At that time the Club had entered a team in the fledgling U.18`s South Manchester Junior Cricket League but also ran friendlies for the younger players.  Nigel blossomed during those early years into a very fine right arm fast bowler.  His batting did not follow the same path and throughout his career he made last man in his position in the team.  He was a member of the team that reached the Junior Cup Final in 1983 and 1984.

Nigel joined Bowdon in 1989 and made his dťbut for Cheshire v Oxfordshire in the Minor Counties Championship.

He went on to play 59 matches in the Minor Counties Championship for Cheshire between 1989 and 1996 as well as 12 MCCA Knockout Trophy matches. the highlight of which was the 1996 final at Lord's when Cheshire beat Bedfordshire by six wickets with one over remaining. 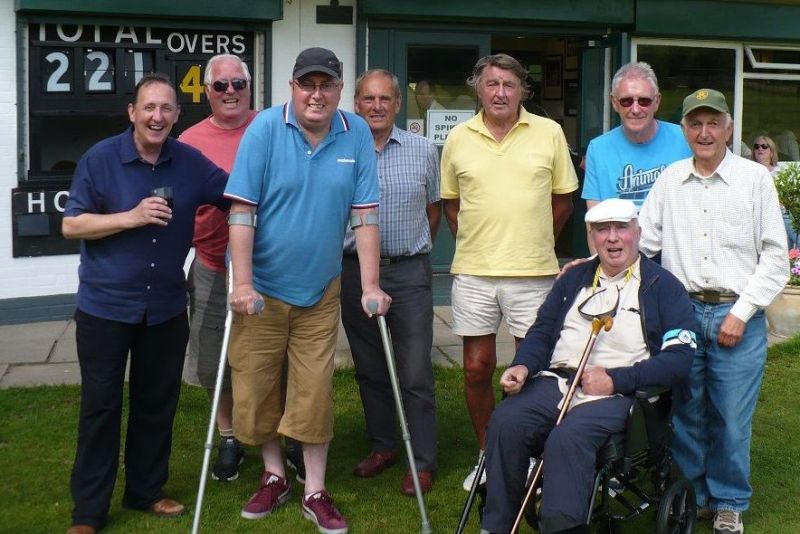 He took 159 Championship wickets at an average of 28.53 with a best of 8-62 against Dorset at Weymouth in 1990. He took five wickets or more in an innings on six occasions and ten in a match once, against Dorset at Neston in 1991.

He also played 4 List A matches for Cheshire in the NatWest Trophy between 1992 and 1996. He was dismissed for a duck in each of his four innings.

Nigel also represented Lancashire 2nd XI in 1989. He played for the League Cricket Conference in 1993 and represented the Cheshire County League between 1992 and 1995.

After winning Cheshire County League titles with Bowdon, Nigel played out his career with Charnock Richard CC of the Palace Shield.

Whilst he was a competitive cricketer Nigel never used his speed to intimidate opposing batsmen and was courteous and friendly both on and off the field of play.

Friends and colleagues extend their condolences to Nigel's wife Sian, his son, Luke and his extended family.