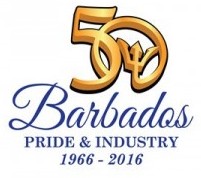 Some of the greatest names in the rich history of West Indies cricket will be in Liverpool next week.

They will accompany a Barbados team playing against a Lancashire Cricket Board XI at Liverpool CC on Thursday June 23rd in a 40 over match starting at 2:00 pm.

The match will see a return to action for Lancashire and England legend Andrew Flintoff who has agreed to captain the LCB XI against the tourists.

The match is one of two games Barbados are playing to mark 50 years of independence and some of the all time heroes of Barbados and West Indies cricket are making the trip.

On the field, more recent West Indies Internationals Ian Bradshaw, Sherwin Campbell and Philo Wallace are in line to play alongside some of the rising stars of Barbados cricket.

Many of the younger players in the squad are winners of the prestigious Lord Gavron Scholarship Award. Since 2010 the Lancashire Cricket Board have hosted the winners of the award on season-long placements at Sefton Park CC and Wavertree CC.

They will be joined by the 2016 Lord Gavron Scholarship players, Jameel Stuart (Sefton Park CC) and Chad Williams (Wavertree CC). The inclusion of these players with strong links to cricket in the city will add a strong local dimension to this unique fixture.

Garner, now President of the Barbados Cricket Association, will be remembered with Hall and Griffith as three of the most fearsome fast bowlers ever to don a West Indies cap.

Haynes and Greenidge were the scourge of bowling attacks around the world. The pair made 6,482 runs while batting together, the highest total for a batting partnership in Test cricket history.

Liverpool CC will have a hospitality marquée with 160 seats available on tables of 10 at Ł25 a head to include afternoon tea and the opportunity to rub shoulders with the legends.

Places can be reserved at www.ticketsource.co.uk/liverpoolcc

Ground tickets can also be bought via the link or visitors can pay Ł5 at the gate.