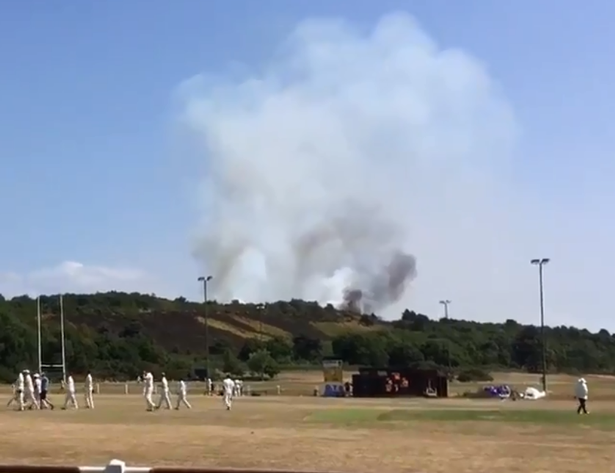 History will be created next Sunday with the replaying of a Liverpool Competition league match.

This has never happened in the league's history, dating back to the 1800s.

On Saturday July 7th, play was stopped in Caldy's 1st XI match against Old Xaverians as the ground was evacuated on the advice of the Fire Service and Police as a result of a fire on nearby Thurstaston Hill.

There is no facility in the League's Rule Book to cater for this type of incident but it does say that if a match is abandoned after it's started, a minimum of 5 pts shall be awarded to each team. There is no mention of a match being replayed.

The decision is seen as 'double standards' by many of the leagues' clubs. and that the match should be recorded as 'no decision' and five points each.

Once again a misguided Management Committee has created a dangerous precedent which can be referred to in the future should a match be abandoned.

Eric Hadfield, the league's President was umpiring the match and Caldy is the home club of league Secretary, Chris Weston. One wonders how many pints of mild were consumed before the decision was made.

In May, Spring View's captain Jonny Broad asked Weston if their match against Parkfield Liscard at Pemberton's Meadow on Saturday May 12th could be rearranged as the ground was waterlogged and play was abandoned without a ball being bowled. It was the only 1st XI match in Lancashire and Cheshire that was called off on the day.

Broad was told in an e-mail from Weston: "No. If you don't like the decision, you know what you can do. There's a queue of clubs waiting to come into the league.

Broad went on to say: "The Management Committee had visited on two occasions during the preceding week but never attempted to help resolve the situation."

Caldy (9 wins) and Northop Hall (8 wins) head the Second Division with 222 pts but Caldy now have a game in hand.

It will be interesting if Caldy are promoted at the end of the season on the strength on any points above five that they may pick up next Sunday.