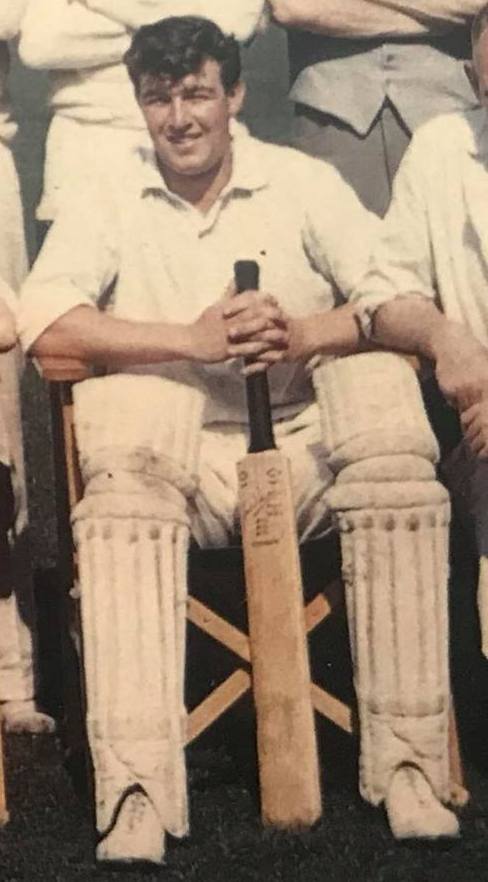 The death has been announced of former St Helens Recs player, Gerard (Gerry) Houlton. He passed away in hospital last Saturday, aged 79.

Gerry was an outstanding sportsman playing soccer, rugby league and of course cricket at a high standard.

He played for St Helens Recs until going to Lancashire in 1961.

An attacking right hand batsman, Gerry played 20 first class matches for Lancashire between 1961 and 1963 with a top score of 86.

There was one match at Old Trafford when the trains stopped because of the number of balls he hit on to the railway.

It was a difficult period for Lancashire cricket following the Washbrook years.

Gerry left the county in 1963 just as overs cricket was beginning and his style of play would have been ideal for the new format.

He then played as a professional in the Lancashire League before returning to St Helens Recs in the early 70s as both coach and player.

He was known as the best dressed man in St Helens usually dressed in blazer and tie even when walking around town.

Gerry was much loved by his family and friends and it is with deep sadness that we say goodbye to a great man and real character.

Friends and colleagues extend their condolences to Gerry's wife Ronnie, children Cathy, Chris and Clare and to his extended family.