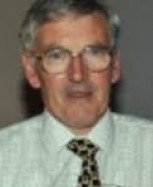 Michael Dunn, a well known gentleman within Merseyside cricketing circles passed away today after a long fight against prostate cancer. He was 76 years old.

It has been so unfortunate for Mike and all of his friends at Alder CC, and in the wider cricketing community, that no-one was able to visit him. Indeed, not since August has anybody outside of Mike's family been able to visit him due to COVID-19 restrictions, although he was able to speak to some via his mobile.

A primary school teacher by profession, Mike joined Liverpool NALGO CC, later known as Alder CC, in the 1960s and made his début on World Cup Final Day in 1966 because the team was short.

He was a very correct batsman and managed to score centuries in competitive cricket and was also a very tidy and stylish wicketkeeper. He has been a selfless, hard working officer of the club up to present day.

Nothing was too much for Mike at Alder and he involved himself in every facet of cricketing life.

Mike was a player, captain, secretary, fixture secretary, welfare officer, level II coach, coach of juniors and those with disabilities, fundraiser, groundsman, umpire, taxi driver, tour organiser and even made teas when needed.

Alder CC is unlikely to ever be privileged to encounter anybody as dedicated as Mike and the club will miss him immensely.

As time moves on, the club will realise more than ever what a Clubman they have just lost, but one thing is for certain he will never ever be forgotten.

Mike Dunn, a modest gentleman who was the perfect cricketing role model for all aspiring young cricketers.

He was also Chairman of the Merseyside Cricket Society.

Friends and colleagues extend their condolences to Mike's family and Alder Cricket Club.