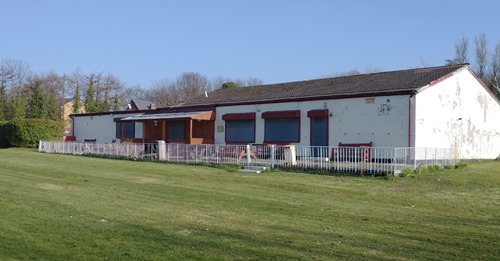 Tucked away behind St Michael's Station in the quaintly named St Michael in the Hamlet on one of Liverpool's many suburban railways lies a cricket ground that has existed since 1888.

The ground, the venue of Aigburth Cricket Club, the access is to which is now via Southwood Road, was originally owned by the LMS and later British Railways before being sold to a private buyer in the 1980s.

After paying rent and having leases extended the time has come for the current owner to insist that the five acre piece of land be developed for housing.

Negotiations between the club and the owner have drawn a blank and unless the club receives an eleventh hour reprieve, their match at the ground on Saturday against Birkenhead St Mary's will be their last after 133 years. The bar opens at 12:00 noon and match starts at 1:00pm.

The Bowls section of the club is included in the sale and so when the bulldozers move in, their won't be a cricket ground in that area.

Aigburth Cricket Club, which boasts a membership of over 400 people covering various activities, has been the breeding ground of many players over the years who went on to become household names in the Liverpool and District Cricket Competition.

At the time of writing, 7590 people have signed a petition to save the club but it is being ignored.

For many people, the ground is a green oasis separated from narrow streets of Victorian terraced houses by the railway.

Because of someone's greed, 133 years of cricket on the ground is about to be wiped away for the sake of bricks and mortar and of course, the attraction of several millions of pounds.

To avoid confusion, Aigburth Cricket Club is NOT the 'Aigburth' that is the home of Liverpool Cricket Club where Lancashire have played matches for over a century.